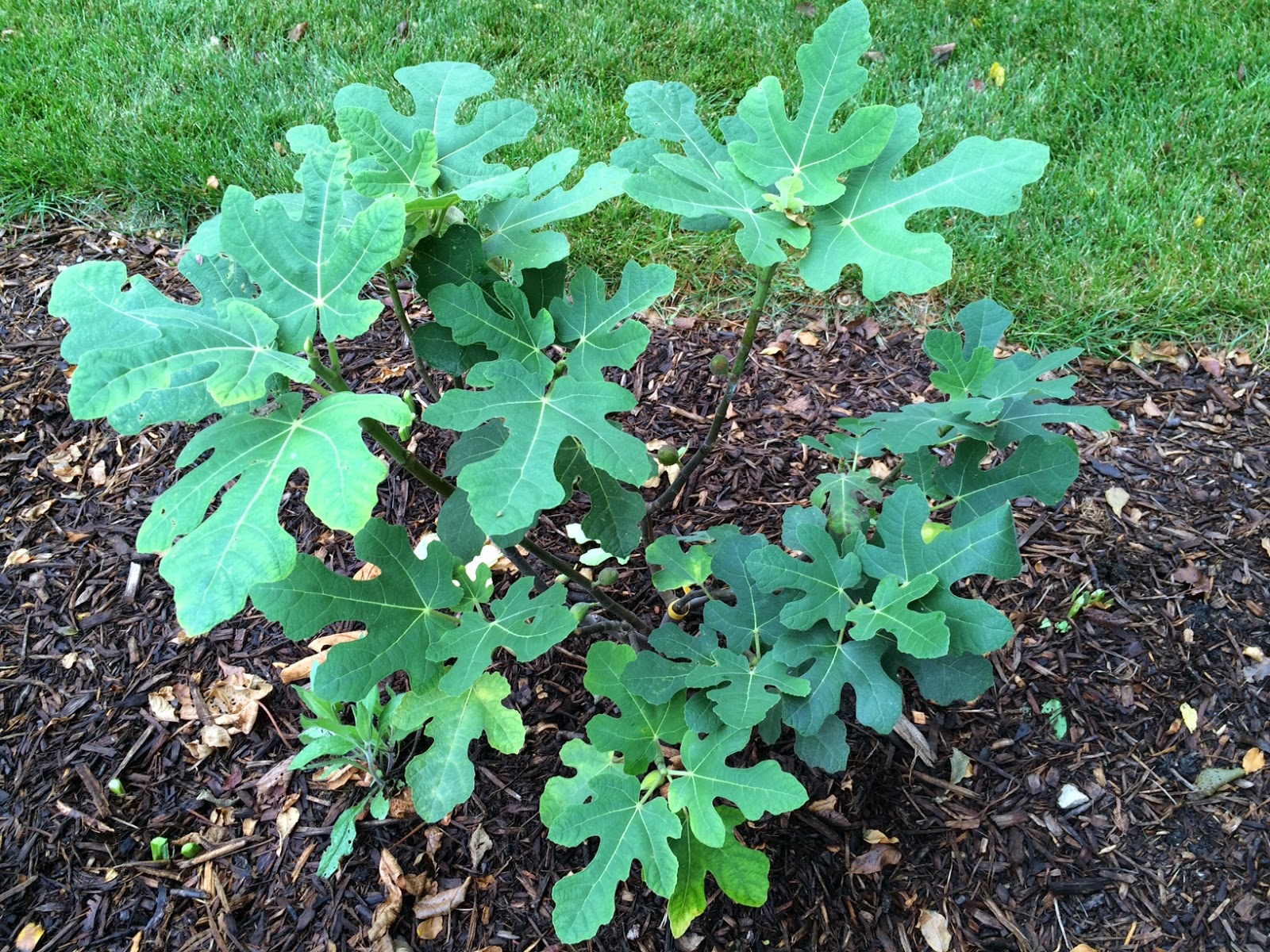 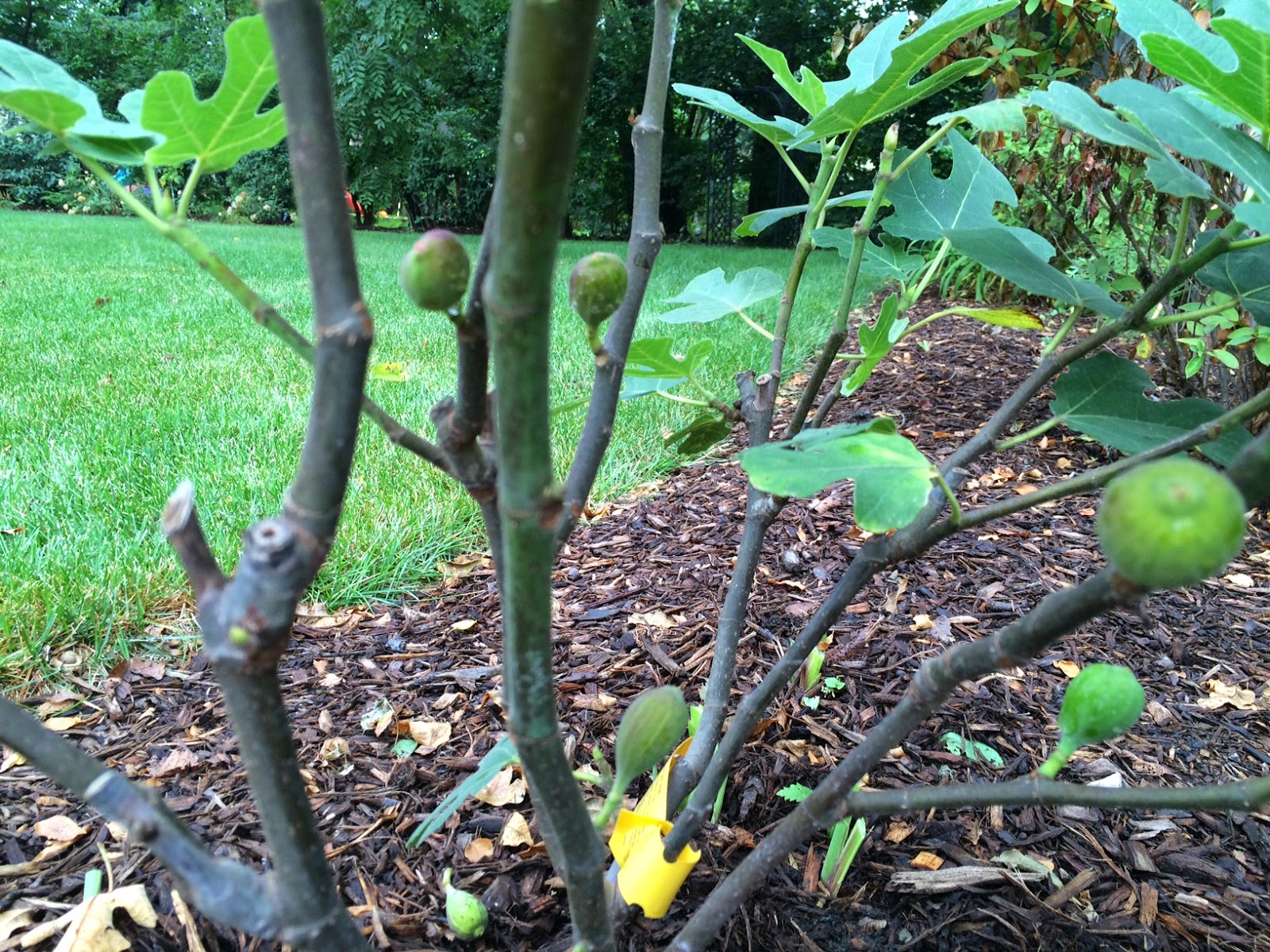 The plant grew nicely this summer with no insect or disease problems to a height of about 27".  The fruit appeared in late July/early August but only one made it through the season.  All the others were very fragile and dropped early. My hope is that the plant's energy went to root growth and leaf support instead of the fruit.  I headed out to take a photo of the prized fig, there just a few hours ago.  It was gone and not on the ground anywhere.  I really think a squirrel took it.  They take bites out of our tomatoes for the water and their southern relatives regularly ran off with just ripe peaches in our Tennessee yard.

The plant is loaded with buds now, but I'll cut it back to the ground for winter.  It will be hard to do but necessary for its survival.  With a layer of mulch and blanket of burlap, it will be protected and insulated during cold months ahead.  I expect it to see healthy growth next year and maybe even a few ripe figs by end of summer!
Posted by J Umlauf Design LLC at 8:57 AM 1 comment: